The scope of veteran substance abuse and mental illness is startling: 3.9 million veterans suffer from addiction or mental illness, according to the Substance Abuse and Mental Health Services Administration (SAMHSA). Among this population, nearly 27% struggle with drug abuse, and more than 80% abuse alcohol.

The connection between substance abuse and suicide has also been firmly established. The suicide rate is higher in veterans than in the general population and is rising. According to RAND, the suicide rate for veterans was 32 per 100,000 in 2018; for the civilian population, it was 17 per 100,000.

The causes of substance abuse in veterans are complex and resistant to treatment. Counselors who specialize in treating veterans must have an in-depth understanding of what causes addiction and mental illness in former soldiers. 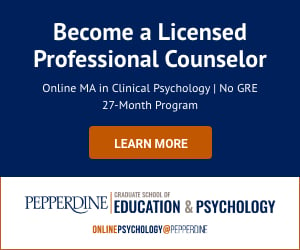 Northwestern University : Master of Science in Marriage and Family Therapy (Complete your COAMFTE-accredited MFT online program in as few as 21 months. No GRE required.)

University of Southern California : Online Master of Education (ME) in School Counseling (No GRE required)

Pepperdine University : Master of Arts in Clinical Psychology Degrees (GRE scores are not required to apply, and you can earn your degree in as few as 27 months. LPC/MFT emphases available.)

University of Southern California : Master of Social Work (Earn your MSW in under one year. No GRE required. Accredited by the CSWE. )
Search More Schools

The Causes of Veteran Substance Abuse

Commonly abused substances by veterans can be legal (alcohol, tobacco, prescription medications) or illegal (heroin, methamphetamines, other illicit drugs). They may also fall into legal limbo (marijuana) as laws vary. However, substance abuse doesn’t discriminate between legal and illegal drugs.
The ramifications for veterans and their families can be stark. Substance abuse can impair a veteran’s ability to find and keep a job, potentially causing homelessness. It can also drastically impact mental and physical health.
Common substance abuse disorders include the following:

Barriers to Treatment for Veterans

Veterans face many roadblocks to treatment for substance abuse, such as a shortage of resources, the complexity of their disorders, and even their own unwillingness to ask for help. Common barriers to treatment include the following:

The VA provides guidance for counselors on treatment techniques for veteran substance abuse disorders and PTSD. Since veterans are often diagnosed with various related disorders (for example, PTSD and alcohol abuse), these techniques can help veterans with many symptoms.
The first step to treating veterans is screening. The VA has numerous screening tools, or questionnaires, that it uses to identify patients with PTSD. Counselors use this initial screening to further investigate a veteran’s symptoms. Counselors may confirm PTSD or a combination of disorders.
Treatments for veterans follow evidence-based care principles. These principles have proven effective in helping veterans overcome substance abuse and PTSD. The most common include the following:

The following resources are aimed at counselors treating veterans with substance abuse disorders:

Veteran substance abuse is a complex problem that has no easy answers. Veterans may suffer from several disorders, requiring integrated treatment. Long wait times for a VA facility or the lack of financial resources can create barriers to care. Additionally, counseling can be expensive and lengthy, because substance abuse disorders are difficult to treat and require inpatient or outpatient care.
As a result, help for substance abuse can feel like a daunting task for veterans. However, resources are out there. They range from the VA and other government agencies as well as counseling centers that specialize in the particular needs of veterans.
The following resources may help veterans and their families identify the care they need: 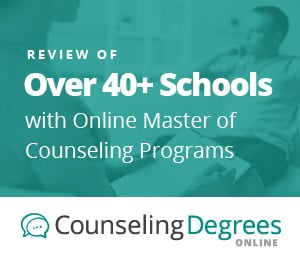 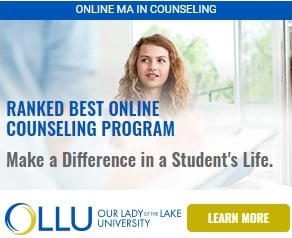 CACREP is the Council for Accreditation of Counseling & Related Educational Programs. Nearly every state requires counselors to have a graduate degree from a CACREP-accredited institution. There are currently 785 counseling programs in the US accredited by CACREP.