Tips on How to Deal with Dementia in a Parent 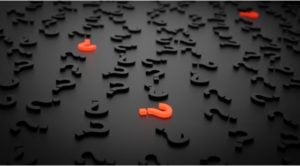 Living with a person who has dementia is challenging. You lose the person you once knew and loved. Seeing the person’s gradual decline into forgetfulness and lack of awareness is tough on caregivers. Understanding dementia’s different forms and causes can help you care for your loved one.

What Is the Difference Between Dementia and Alzheimer’s?

Dementia is the loss of cognitive function, including remembering, thinking, and reasoning. Functions lost to dementia are language skills, memory, visual perception, self-management, critical thinking skills, and focus and attention. Dementia affects other functions, including abstract thought, emotional regulation, mood swings, and stamina. These losses in cognitive function interfere with the activities of daily life. Alzheimer’s is a common cause of dementia. Dementia is not a specific disease, but a condition caused by diseases.

Dementia is not one disease, but numerous diseases. The most common diseases causing dementia are:

Huntington’s disease is a disease that causes the brain to lose its nerve cells. Loss of brain nerve cells can affect the part of the brain regulating mood, movement, and cognitive skills.

Normal pressure hydrocephalus is a situation where too much fluid can build up in the ventricles of the brain. The risk factors for this problem are being over 60 years, having a brain infection, head injuries, brain tumors, or brain surgery.

Lewy body dementia is a progressive dementia disease. Lewy bodies are protein deposits that develop in nerve cells in the brain regions. Risk factors are being older than 60 and being male, and having a family member with Lewy body dementia or Parkinson’s disease increases the risk.

Frontotemporal dementia is where the frontal and temporal lobes of the brain shrink. This shrinkage of the lobes can affect behavior and physical ability. Risk factors may be genetic, but scientists are not certain about the causes.

Creutzfeldt-Jakob (CJD) is a brain disorder that leads to dementia and death. The disease has several risk factors but is rare. Risk factors are sporadic, with most people with CJD developing the disease without any reason. Fewer than 15% of people with CJD have a family history of the disorder. Few people develop CJD after being exposed to infection during medical procedures. A rare transmission form is from eating contaminated beef. Creutzfeldt-Jakob’s symptoms are rapid mental deterioration, difficulty speaking and swallowing, and sudden, jerky movements. Death usually occurs within a year of disease onset.

Wernicke-Korsakoff Syndrome (WKS) has two phases: Wernicke encephalopathy, a sudden and severe (acute) brain disorder, and Korsakoff syndrome, a long-term memory disorder. Risk factors include alcohol use interfering with the ability to absorb vitamins necessary for health. Other reasons for malabsorption are risk factors such as side effects from chemotherapy, kidney failure, or genetic factors.

Tips on How to Deal With Dementia in a Parent

Caring for a parent with dementia can sometimes become immense and overwhelming, with your responsibilities changing as your loved one’s symptoms progress. You can make your parent feel safe and comfortable while you continue to enjoy and cherish their presence. Some ways to help your parent are:

Helping someone with dementia means they may not respond to you as quickly as they once responded. Be patient and have greater blocks of time to care for your parent with dementia. Schedule care and time with your parent when you are not rushed or have multiple priorities. Ask for help from other people to create a slower-paced schedule.

Caring for a parent with dementia means they can often not care for their basic hygiene needs. Be aware you might have to help them with hygiene situations such as brushing their teeth, helping them go to the bathroom, and bathing.

People with dementia still need a social life, but one where the person is not overwhelmed with many people at the same time. Visit with the person in small groups and shorten your stay if your parent seems tired.

Quiet and calm environments are best for people with dementia. Remove background noise as much as possible, including loud music, rooms where many people gather, or being around loud pets. Soft music is sometimes helpful to create a calm atmosphere.

If your parent liked pets before dementia, visits with animals such as cats or dogs can be beneficial to their mood. According to a Frontiers in Psychology study about the positive effects of pets, interacting with pets can reduce stress, promote calmness, and create an environment of well-being.

How to Recognize Dementia Symptoms

Huntington’s disease symptoms are behavioral changes including irritability, hallucinations, and psychosis. People with Huntington’s disease have abnormal muscle movements, especially the face, head, arms, and legs. Other problems are speech, memory, and judgment. Death comes from complications such as aspiration pneumonia, heart failure, or injuries associated with falls.

Symptoms of vascular dementia include confusion, reduced ability to organize thoughts or actions, trouble paying attention and concentrating, and a decline in the ability to analyze a situation, communicate, and develop effective plans. Slowed thinking, difficulty with organization, difficulty deciding what to do next, and problems with memory are symptoms of vascular dementia. Restlessness and agitation, unsteady gait, sudden or frequent urge to urinate or inability to control passing urine, depression, and apathy are also symptoms.

Frontotemporal dementia is where the frontal and temporal lobes of the brain shrink. This shrinkage of the lobes can affect behavior and physical ability. Symptoms include inappropriate behavior, lack of judgment, eating inappropriate objects, and speech and language problems. Tremors and other muscle problems are also symptoms.

WKS symptoms include vision changes with double vision, eye movement abnormalities, and eyelid drooping. There is a loss of muscle coordination and unsteady walking. Loss of memory, inability to form new memories, and hallucinations are also symptoms of WKS.

People who have Alzheimer’s decline in stages:

Dementia. The Mayo Clinic provides extensive information about dementia, including descriptions of symptoms and causes, as well as diagnosis and treatment options.

Ten Warning Signs of Alzheimer’s. This guide from the Alzheimer’s Association includes warning signs to look for and advice for next steps if you notice signs of dementia.

The Lewy Body Dementia Association (LBDA): The LDBA is an association dedicated to helping end LDBA and acting as a resource for caregivers and those who have LBDA.

What Is Ambiguous Loss?

Ways to Cope with Grief and Loss Due to Dementia

Part of acceptance is understanding that your parent’s condition will not get better. Knowing dementia will take over your parent’s life will help you prepare for managing future care needs and the inevitability of your parent’s death.

Learn more about dementia, its causes, symptoms, and what resources you have available in your community and nationally. Learning more about dementia helps you to have informed decisions as a caregiver and for your loved one’s health.

“Going it alone” is not good for your parent or for you. Ask other family members to help with your parent’s care. If you don’t have a family to help you, look for community resources for help. You and your parent will be healthier if you ask for help.

Take Care of Yourself

Caregiver burnout is real. When you are not getting enough sleep, food, exercise, and emotional care for yourself, you can become exhausted. Fatigue can lead to poor decision making for yourself and your parent. Find ways to take care of yourself every day by getting a cup of coffee, listening to your favorite music, reading, talking to a friend, or doing other self-care activities.

Can You Prevent Dementia?

Some lifestyle choices can play roles in helping to prevent dementia. Not smoking, avoiding drug abuse and alcohol use, getting exercise, staying intellectually challenged, getting enough sleep, and maintaining a healthy weight can help you avoid dementia. These lifestyle changes, however, are not a cure-all or absolute preventative against dementia. Genetics are involved in some dementia forms. Science also has yet to puzzle out reasons for all dementia forms, but being aware of the symptoms and living a healthy lifestyle can give you or your loved one awareness and the ability to cope with dementia.