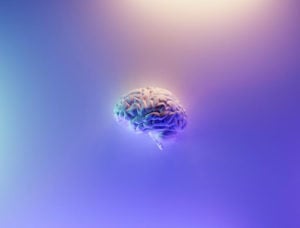 Mental fitness is just as important as physical fitness, especially as you grow older. Playing musical instruments, socializing, engaging in physical exercise, and taking classes are just a few ways to keep your mind alert and engaged.

Brain games are another way to help keep your brain healthy. While your brain isn’t a muscle, it benefits from brain games such as logic problems, thinking games, brainteasers, non-traditional math, and other mental exercises.

Brain games can contribute to cognitive health, but not on their own. Other activities—listening to music, exercising, maintaining proper nutrition, and having an active social network—are also essential to stimulating your brain and maintaining cognitive health.

According to a study in the British Medical Journal, keeping your brain busy doesn’t stop cognitive decline, but it does give you a higher cognitive level from which to decline. Another study in Geriatric Nursing suggests games such as chess can help keep healthy cognitive, social, and psychological states while people age.

Explore the categories below to find great sites with brain games, puzzles, and other activities to stimulate your brain.

Sudoku is a popular number-placing game that relies on short-term memory. It’s available on several different levels to challenge the most advanced player.

Lumosity represents one of the most established brain games that uses tests and activities backed by science.

Crossword puzzles remain the choice game of many to keep their brains sharp. You don’t need a subscription to The New York Times to play either; there are lots of free online options available, such as this one through AARP.

Peak lets you compete with others while improving your mental agility through focus exercises and problem-solving.

Braingle has an extensive collection of brain teasers and 15,000 puzzles and games.

Chess goes back thousands of years and continues to help with problem-solving, analytical skills, and strategies. There are many options available online, and you can play against real people or the computer. Check out Chess.com for options.

Words with Friends continues to grow in popularity as it takes Scrabble to a new level.

Scrabble dates back to the days of the Great Depression. It enjoys a cult-like following with tournaments and events.

Tripeaks Solitaire represents a faster version of the Solitaire you play with a physical deck of cards. You get three pyramids of cards to move around with your mouse. If you get stuck, you’ll need to start a new game.

TextTwist 2 gives you a certain number of letters and two minutes to create as many words as possible. The more letters you use in one word, the more points you get.

Wordle is a game you’re likely familiar with unless you’ve been living in a cave.

If you love Wordle but want a bit of variety, this The Week article offers several alternatives to Wordle.

Dordle presents a more significant challenge than Wordle, but with more excitement comes more difficulty. Dordle offers multiple puzzles daily, allowing you to get the hang of it quicker.

Absurdle earned the description from The Guardian as “the much more confrontational, brain burning” version of Wordle. You compete against artificial intelligence (AI) and get penalized for wrong guesses.

Quordle challenges you to guess four five-letter words simultaneously. You’re given nine tries and a practice round.

Heardle introduces a musical twist by challenging the player to guess a song after only a second from a list of popular artists. If you guess wrong, the game unlocks a few more notes. But if you want a virtuoso rating, you must get it right on the first try.

Byrdle got its name from the Renaissance composer William Byrd. It works like Heardle, but with choral music.

Framed appeals to movie buffs. The player gets six chances to identify a film from a still photo. It’s more of a trivia game than a word challenge, but as you might imagine, it’s popular with millions of users.

3D Memory Matching challenges you to find all the pairs as quickly as possible.

Casino Cards Memory uses a standard deck of cards to test your memory.

Simon Says tests your memory with lights and sounds.

River Diamonds tests your memory skills by searching for diamonds.

Pair Zoobies has you pair up Zoobies to test your memory skills.

Track the Balls becomes more difficult as you get more proficient. This brain teaser is good for children and adults.

Balls and Boxes is one of the best memory exercises on the web. The game uses the balls and boxes to keep track of the objects as they continue to change position.

Orbit Path is a great game for kids to learn spatial relationships.

Falling Dots is a thinking game for kids at the sixth-grade level.

Through is a thinking game for adults.

Which Color Is Used Most in the Candies is a fun game suitable for kids that improves counting and visual attention skills.

Chinese Checkers encourages you to take risks and promotes strategic thinking. You may find the online version more challenging than the board game.

Wolf, Sheep and Cabbage tests your analytical skills as you try to get a wolf, sheep, and cabbage to safety on a boat.

Tic Tac Toe is a game everyone has played. But playing against the computer in this online version may prove more challenging than the game you’ve played since you were a kid.

Loop the City wants you to construct a road to loop numbered buildings together.

Rubic Cube is a spinoff from the 1980s Rubik’s Cube. It’s played very much the same way, but you use a mouse to rotate the sides until each side displays a solid color.

The Eight Queens represents a twisted version of chess in which you prevent the eight queens from capturing each other.

Coin Weighing asks you to use an online scale to determine which coin is fake based on its weight differential. This game harkens back to ancient times when wise men were summoned to find fake coins for kings.

Flip It represents a challenging mind game. You need to flip all the pegs over in the game, but you’re faced with plenty of distractions while going through the process.

Einstein’s Zebra Puzzle claims that Albert Einstein created this game. Supposedly only two percent of the world possesses the ability to solve it.

Greek Logic makes you drag and drop the letters from the Greek alphabet so that each letter appears exactly once in each row, column, and main diagonal.

Logic Equations is a mathematical puzzle that requires logic. You have to figure out the variables by solving the logic equations using a grid.

Number Sliding Puzzle helps you work on your math skills and spatial awareness.

Unblock That requires that you play the game with a clear mind in order to think logically.

Bowling Hit 3D might even help you when you go out to the lanes to bowl! This game lets you see the ball’s entire journey. If you can’t make it to the bowling alley, this online version is a fun alternative.

Traffic Control puts you inside the head of a traffic controller. See how well you do at avoiding collisions and guiding traffic.

Let Me Grow lets you work on your logic and thinking skills by controlling water valves to nourish your online flowers. You want to make sure all the flowers get watered.

Brainstorm represents an ongoing challenge. The more you play, the more difficult the problems get.

Flow Mania is a game that teaches planning and strategizing. In order to connect the two like-colored dots, all the other dots need to fit in and cover the board as well.

Soul Shift uses the age-old battle of good over evil as its backdrop. You need to think quickly to defeat evil powers.

Kakuro is a math-based puzzle. It may seem easy at first, but it’s not easy to master.

Tetris is the online version of the block-dropping puzzle game.

Star Battle requires you to use logic to place the stars correctly on the grid.

Beanstalk has you helping Jack plant, grow, and climb the beanstalk.

Battleship offers an online version in which you play the computer.

Math Path gives you an equation, but you need to scramble the numbers to have them make sense.

Word Search is an online version of the classic word search game.

Code Breakerwants you to crack the code in the fewest number of guesses possible.

Twiddle requires two players, one using black dots and the other white. The players try to convert the other colors on the board.

Pirate’s Booty asks you to help the pirate find the buried treasure.

Slitherlink has you form a loop by using dots and straight lines.

Sliding Tile is great for memory and focus. You mix up the tiles and then get them back to their original positions.

Hang Glider is based on the game Hangman, except you’re on a glider while you’re playing it.

Best Apps and Mobile Games for Your Brain

Crossword Daily is available in the App Store.

Lumosity represents one of the most established brain games that uses tests and activities backed by science.

A Clockwork Brain is a series of random questions.

Brain HQ gives you access to 25 exercises created by 100 neuroscientists.

Brain Dots has you connecting balls by drawing a path.

Brain Out improves your logic and reasoning.

Sudoku lets you enjoy the classic numbers game on your phone.

Math: Riddles and Puzzles Collection is a collection of math puzzles that get progressively harder as you go.

Cut It is a game featuring logic and physics.

Orixo is a game of translating numbers into tables and shapes.

Brain It On uses physics and logic to improve your cognitive abilities.